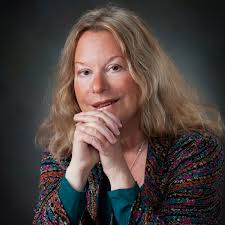 Today we have Ann Gimpel as a guest on the blog and she will be sharing....


The Value of True Friendship

In this era where most of us have hundreds, if not thousands, of social media “friends” we’ve never met, there’s a tendency to either steer clear of our real friends, or not bother with flesh-and-blood relationships in favor of sitting in front of a screen. Virtually all of my writer friends are, well, virtual. There are only a couple I truly know. And if it weren’t for attending conventions, I wouldn’t know them.

So where am I going with this? Quite a while ago someone did a study on social support. It’s been replicated a number of times, so I’m certain the findings were valid. In any event, the perception that we have social supports is just as effective as really having them. By that token, virtual friendships are just as potent as real ones.

One of my flesh-and-blood writer buddies has spent most of her career as a journalist. When she was young, she worked for a very famous novelist, doing research for his books. Back then (1980s) authors all had agents and they visited those agents and their publishing houses, which by the way, treated their writers like gold. In other words, they had lots of human interaction.

Roll the clock forward a few decades. The Big Six no longer treat their authors as anything other than commodities except for a few consistently high producers like Stephen King. There are hundreds of small presses and hundreds of thousands of independent writers who self publish.

Before I started writing, I came from a long career as a psychologist which was very isolating. I always chose to practice in a group setting so I’d have someone to talk with. Yes, I know I always had patients to talk with, but that’s not a friendship. The therapy relationship exists solely for the client and can be very draining on the therapist. We worry a lot about our clients, but never tell them that.

For many of the same reasons I selected group practice, I chose to work with publishers when I wanted to become a writer. I truly appreciate having copy editors, line editors, cover artists, acquisitions editors, etc. to visit with because writing, too, is a very isolating occupation.

For the true introverted intuitives of the world, the Internet is a huge boon. It allows them distance from other humans while also providing the illusion of social support.

So, what is true friendship? Once upon a time it was my best friend who I picked up the phone and called. Do I still do that? Yes, but not nearly as much. Now I use email. It’s faster and easier. Or I text. It would be a fascinating social psychology experiment to take a close look at how people craft their relationships in modern times and whether there’s any connection between the high divorce rate and our tendency to gravitate toward virtual friendships.

What’s important to you in friendships? Do you have flesh-and-blood friends or web friends, or both? Do you feel differently about them? If so why?

About the Author
Bio:

Ann Gimpel is a clinical psychologist, with a Jungian bent.  Avocations include mountaineering, skiing, wilderness photography and, of course, writing.  A lifelong aficionado of the unusual, she began writing speculative fiction a few years ago. Since then her short fiction has appeared in a number of webzines and anthologies. Several paranormal romance novellas are available in e-format. Three novels, Psyche’s Prophecy, Psyche’s Search, and Psyche's Promise are small press publications available in e-format and paperback. Look for two more urban fantasy novels coming this summer and fall: Fortune’s Scion and Earth’s Requiem.

A husband, grown children, grandchildren and three wolf hybrids round out her family.
www.anngimpel.com
http://anngimpel.blogspot.com
http://www.amazon.com/author/anngimpel
http://www.facebook.com/anngimpel.author
@AnnGimpel (for Twitter)
Posted by Unknown at 11:00 AM