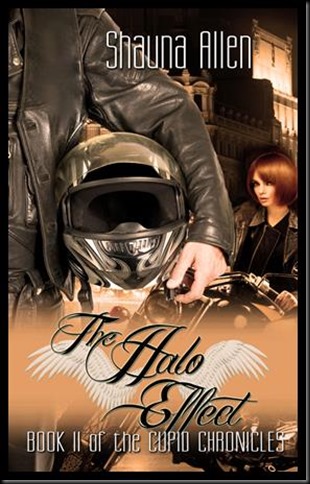 Book Trailer for the first book in the series, Inked by an Angel: http://youtu.be/EDdKGsa_kjA

Love Detail’s favorite angel has his sights set on his next target: the stoic and mysterious Noble Blackfeather. And it just may prove to be his toughest case yet. Noble’s reclusive ways keep his angel at wing’s distance, and love even further. But he’s not playing a part – he’s truly masking a painful secret and a profoundly wounded heart.

Noble’s been paired with Braelyn Campbell, the cute single mother next door. She’s adorable, friendly, fun…everything Noble needs. This should be a Love Squad slam dunk. Except she’s making a fresh start in Texas to protect her son from a volatile ex, and she’s not about to risk her heart or her son on another man. Even if he’s sexy as sin and always coming to her rescue.

But, reluctantly, they are drawn together – thanks to their cupid’s dogged efforts and a whole lotta chemistry. Can the girl next door learn to trust again and help heal Noble’s wounded heart? Together, can they save the lost, hurting boy she's raising? Can the angels help it happen before it's too late?

Crash! Noble bolted up in bed at the resounding clang of metal hitting concrete. The ear-splitting rah-bah-bah drone of hardcore death metal music made his head pound. He glanced at the digital clock on his nightstand. Shit. He’d only managed to snag a couple hours sleep.

He padded to the window and cracked the mini-blinds. He reared back when the sun pierced his tired eyes and let the blinds snap shut with a curse.

He was about to give up and slide back into bed with a pillow over his head when the hideous grating noise started again followed by a screeching sound, then the obnoxious wailing music cranked up infinitely louder. His new neighbor wasn’t usually this noisy. Cute, yes. Loud, no.

With a tired sigh, he squinted his eyes to prepare for the sunny onslaught and tipped the blinds open again to figure out what in the hell all the racket was about. How could one tiny woman make so much friggin’ noise?! He wouldn’t be so tired if his boss and best friend, Jed, hadn’t left him babysitting the business while he went away on his honeymoon. All those extra shifts kept him up too damn late.

He scanned the tidy, postage-stamp-sized yard next door. She’d already planted some pink flowery things. That probably explained the sweet scent on the breeze when he came home at night, but there was no sign of her right now. He had no idea what her name was or her story. Only that she was little and cute and had a killer ass.

Wait. A movement caught his eye from inside the open garage. But it wasn’t Sweet Cheeks, as he’d come to think of her. A lanky figure dressed in a black hoodie snuck inside and disappeared almost as quickly as Noble caught sight of him. His heart began to beat double-time as he wrestled with what to do. Call the cops? Go make sure she was all right?

He let the blinds slap closed again and threw on the same jeans and T-shirt he had discarded just a couple of hours earlier. Barefooted, he ran down the hallway, ducked out the front door and raced across the yard.

Quietly, he pressed himself against the brick exterior wall, which was already warming with the sun’s rays. His eyes darted around, searching for any sign of his neighbor, but he didn’t see anything. The music was unbelievably deafening now and his eardrums rattled with each beat of the bass drum.

How could she not hear this? Was she already hurt? Had she turned the shit on and this guy was using it as his cover to get in and . . . His heart rate picked up speed as he thought of the possibilities.

He peered around the corner into the garage and caught sight of the guy in the hoodie and black jeans tinkering with something in the corner of the room near the door to her house. A protectiveness surged through Noble and he knew he had only moments to keep this hoodlum from getting inside.

Never taking his eyes off the back of the guy’s head, he inched his way inside the garage and along the wall. The pungent mixture of gasoline, degreaser, and fertilizer combined with the punch of adrenaline that pumped fast and furious through his veins, forming a potent cocktail. The bass drum now beat so loud it thrummed in his chest as he got almost close enough to grab the hoodie. Just two more steps. One more.

Noble grabbed the guy from behind and pinned him against his chest. He reached over and flipped off the stereo. His ears rang in the deafening silence. His ragged breathing filled the grease-scented air. “What do you think you’re doing?” he growled into the hoodlum’s ear.

The guy squirmed against him. He was much smaller than Noble had originally thought. “I, um . . .” His voice cracked.

Noble spun him around and stared him down. He was just a kid, and he was wide-eyed with fear. He looked ready to piss his pants.

The door to the house flew open. “How many times have I told you about that blasted . . .? Tristan?”

Noble and the kid both looked over. Oh, shit. Sweet Cheeks. 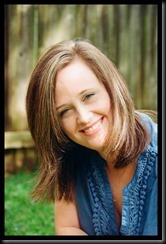 Shauna grew up an only child with two open and loving parents in Central Texas. She’s married to her high school sweetheart and is the mother to three fantastic (no, that’s not a typo!) teenagers.

When she’s not writing, editing, or acting as a personal assistant to a NYT Bestselling author, Shauna enjoys reading, movies with Gerard Butler, vacays to the beach, and hangin’ with the kiddos–even if they don’t like hangin’ with her!