Review: 5 out of 5 Stars for Broken Prince by Jen Wylie 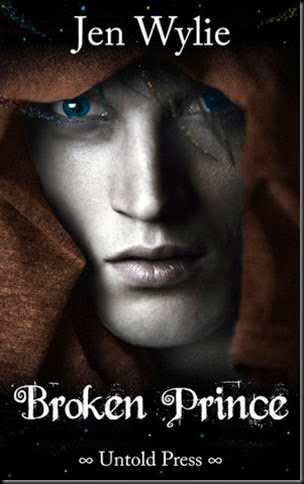 Sometimes, when you're broken, you can heal on your own. Sometimes, you need the help of your friends, your family, and the people you love. Keeping those pieces together when the world seems intent on ripping you apart is the greatest challenge of all. Especially when the ones you love, the ones who hold you together, start falling apart themselves.
Arowyn and her family continue on their journey to return the Elven Prince, Shael, to his homeland before he fades and dies. A journey full of triumph and horror, love and sorrow, rips them apart with every fighting moment, and yet brings them together as a family. They don't allow the prophecy to rule their lives. Some don't believe, some don't care. Prophecies aren't written in stone. Events can change. People can change. They are only words. From besieged cites, to the elusive Were and wild Fey, nothing quite prepares them to face their deadliest of enemies, one they didn't know existed.

Broken Prince (The Broken Ones. #2)

The adventure continues with Aro and her family. In a battle against time Aro need to save her prince before it’s too late. Their journey is filled with danger, battles and creatures. And the closer they get to Prince’s home, the more danger they face.

Will Aro be able to save her prince, or would she herself fall before they reach his homelands?

Oh Wow! Jen doesn’t disappoint. Aro is back and she much stronger than before, but also she is growing into a woman. This has it complications with a group of men whom all loves her to death. Aro just keeps surprising me. She is a tough female warrior that stands her ground and fights for those she loves. There were a few moments in Broken Prince where I was dreading to turn the page. Simply nerve wrecking!

I was torn between Kei and Prince in this one. Where Prince was the night in shining armor in the first addition, it was Kei that stepped us this time. So many conflict. I have to admit there was a few times that I wished I could reach into the book and slap Prince. ARRGH! He was so frustrating, and there at the end, he finally came around. Just in time. I was really about to walk over to team Kei.

Jen have created an amazing adventure that is well worth the read. It’s well written with twists and turns that will leave you grabbing your book, tensing up with fear. If you haven’t grabbed the first one, I would suggest starting there. You would be missing some major facts needed for Broken Prince. Well-deserved 5 Stars from me.