Our creature feature day continues with our adult section. 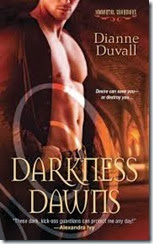 Blurb-
In this dazzling, sensual novel, Dianne Duvall beckons readers into a world of vampires, immortals, and humans with extraordinary gifts. . .where passion can last forever, if you're willing to pay the price. . .

Once, Sarah Bingham's biggest challenge was making her students pay attention in class. Now, after rescuing a wounded stranger, she's landed in the middle of a battle between corrupt vampires and powerful immortals who also need blood to survive. Roland Warbrook is the most compelling man Sarah has ever laid hands on. But his desire for her is mingled with a hunger he can barely control. . . 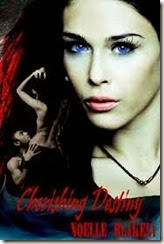 Blurb-
Alexander Lake and his beautiful wife, Aurora are wealthy, privileged and powerful. They are also Vampires. They and their kind have enjoyed peace and prosperity in cooperation with humans for over two hundred years, but that is about to change. In one fateful night, the earth is transformed in a solar event that alters not only the planet, but the surviving inhabitants, as well. Sara, a Human employee, is thrown together with the Lakes in a struggle for their mutual survival. When the trio is joined by Sara's step-brother Ryan, a Were-wolf, the group becomes an unusual family whose love for each other must see them through attacks by marauding Hunters, the schemes of Vampire elders, and the age old prejudices of Wolf Clans and Human factions. They have no idea that fate isn't finished with them yet and, along with the rest of the new world, they will witness the dawn of a new age in evolution. That is, if they can survive it. 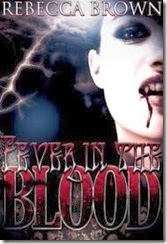 Fever in the Blood
by Rebecca L. Brown

Blurb-
"Fever in the Blood" a novella by: Rebecca L. Brown.
When Gabriel manages to find a vampire, he discovers that not all of the legends are true. Unlike the creatures of myth, Ruth (and others like her) must drink the blood of other vampires to survive - rather than sustaining the vampires human blood acts as a drug, destroying an addicted vampire's self-control, their personality and ultimately even their basic survival instincts.

Gabriel asks Ruth to turn him and Ruth is happy to do so for reasons of her own; her previous apprentice, Michael, has become addicted to human blood and following the death of his human girlfriend the true extent of his addiction is revealed. Ruth realises that she must turn Gabriel so that she does not starve. At the same time, she must decide what to do with Michael, who has degenerated into a dangerously inhuman creature.

Based on the same premise as Thrall's Sacrifice [printed in the Their Dark Masters anthology, which placed seventh in its Predators & Editors poll], Fever in The Blood is a stand-alone novella-length story and the first in the 'Fever' trilogy.
The second book in the 'Fever' trilogy, Blood Lust, is now available. 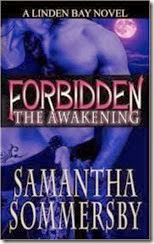 Blurb-
The past two months have been the longest of Byron Renfield's three hundred and seventy-nine years. After almost four centuries of dedicated service to his clan, four centuries spent in the pursuit of redemption, the powerful vampire did the inexplainable and unforgivable. In an impulsive act of passion he claimed the beautiful Violet Deeds, a human, as his mate. When Violet found herself stranded on a remote island occupied by the charismatic Byron she never imagined that she would be saving him, but the fiery red-headed psychiatrist did just that-bringing the immortal to life and introducing him to love. Now, afraid of retribution from his clan and concerned for Violet's safety, Byron takes steps to protect them both. But will it be enough? Irrevocably bound together, as the tie between Byron and Violet strengthens they step into one another's worlds, awakening long buried desires and threatening the balance of society and nature. A kidnapping, an underground world of rebel vampires, an elaborate network of elite clansman led by an ageless prophet, and a rescue mission that will keep you on the edge of your seat all come together perfectly in this thrilling sequel to Samantha Sommersby's Forbidden: The Claim. An erotic romance you won't be able to put down, Forbidden: The Awakening will have you begging for more! 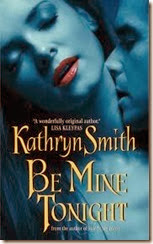 Be Mine Tonight (Brotherhood of Blood, #1)
by Kathryn Smith

For nearly six centuries I have roamed the night, a mortal man no longer. Would that I could undo the past -- when I entered the sanctuary of the Knights Templar to wrest from them the Holy Grail, only to discover the chalice I raised to my lips was not the sacred relic but a hellish cup of damnation. Now I shun the day and all things human, driven by an ungodly thirst. And yet...

Never have I known a maiden the like of Prudence Ryland, whose beauty and spirit awaken a heart I feared long cold and dead. But her young life is slipping away, and she also seeks the deliverance of the Grail -- unaware that the cost of her search could be her soul. I must help Prudence, for in six hundred years, no other woman has stirred my passions so. But dare I tender to my beloved that which she most desires -- the sensuous "gift" of forever that is both rapture and a curse: my immortal kiss?

The Beast and The Virgin 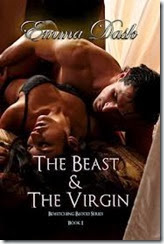 Blurb-
Cam is a college professor who has settled into a normal life even though he is a vampire and alluringly gorgeous. He likes his predictable, quiet life. However, he is alone. Like a burst of a falling star, Cam meets a stunning and beautiful co-ed named Vash, and he is literally 'spellbound' by her beauty. For this beautiful and sexy woman is a Cam’s total opposite, and his life will never be the same. Vash is all he wants, but she has a secret curse since birth, put into motion by her parents. Together Cam and Vash have to fight to free her from a terrible fate. Like a spark raging into an inferno, their relationship goes on a wild ride of sex, passion, battles, and then eventually, love.

Eternal Hunger (Mark of the Vampire, #1)
by Laura Wright

Blurb-
Alexander Roman wants nothing to do with those of his vampire breed. Fate places him at the door of Dr. Sara Donohue, who is dedicated to removing patients' traumatic memories. But as their world's collide, Sara and Alexander are bound by something even stronger as one becomes hunter and the other, prey. And Sara's only chance of survival is to surrender to the final-and most unimaginable-desire of her life.