Today we have the awesome Tripp of The Biys if Crashtown Trilogy of author London Casey. Let’s find out more about the lead singer of Downcrash!

Character Bio: Tripp is the lead singer and guitarist for DownCrash. He loves music and is learning how to cope with life. DownCrash is currently recording their first professionally produced album and looking forward to getting on the road to tour sometime later this year.

That I try to be laid back and cool. People look at me and see ‘rockstar’ or some guy in ripped jeans with tattoos. It’s not all about that, you know? I look how I look because I do. Judge me for how I act and what I do.

My ability to cry. The other guys (Tatum and Logan) make fun of me for it, but what can I say? I wear my emotions sometimes.

To have love forever.

Ask the rest of the band… or just ask Scarlet ;)

Everything I’ve done with DownCrash. From playing crappy covers to the best original songs ever, we’ve done it all. And the crazy part is that we’re just getting started.

A cold beer and my arm around Scarlett… and maybe somehow to play guitar at the same time!

Chill. Thinking about some lyrics.

My guitar. It’s life, for everyone.

My tats. Everyone loves them and they all have a story.

Liars. If you’re fake, then piss off.

Anything that’s ever made Scarlett cry. I wish I could have been more open to her sooner.

I don’t go that way – lol. But as a friend, I like someone who can be themselves.

Everything Scarlett has to offer. J

Tatum and Logan. To put up with me and to be as cool as they are… they’re amazing people.

Motto? Eh, I don’t have one. But I believe in living… so how about this: Live until you can’t.

Thanks for joining us Tripp  and now a little bit more about Tripp’s world. 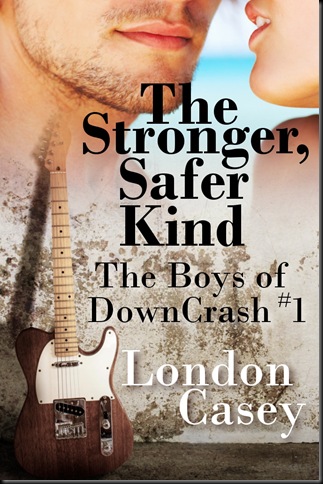 The Stronger, Safer Kind
(The Boys of DownCrash #1)

All Scarlett wanted to do was thank the sexy stranger who helped her push away a drunk, grabby college boy at a bar. When that stranger identifies himself as Tripp and then takes the stage as the lead singer and guitarist for rock band, DownCrash, everything in Scarlett's life begins to change.
Her best friend, Andy, confesses his love for her and leaves her with what should be an easy decision to make... yet each time she looks in Andy's eyes, she can't help but face her secret, nightmarish past.

The only thing that makes Scarlett feel better is Tripp... but Tripp isn't just a bad boy rockstar, he's hurt. He's in pain. He tries to hide his pain in a bottle, but Scarlett believes that, perhaps, their secrets can help each other.

Friendship and love is suddenly put to the test, and Scarlett is torn... Will she choose an easy, comfortable, happy life or a life clouded with mixed signals, raw emotion, and intense romance? 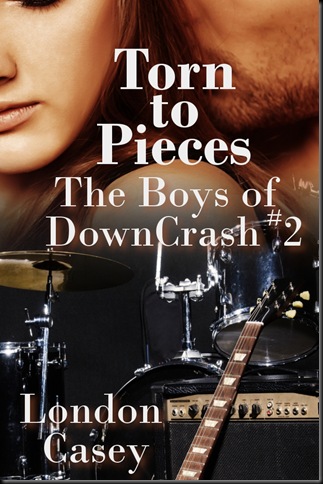 Trying to forget about the promises she was forced to make as a young, naive eighteen year old, Maggie creates a false persona that paints her as the girl who never says no...

However, once she lays eyes on the drummer of DownCrash, everything clicks. From his sexy lip ring to the way he stares at her from the stage, Tatum becomes everything Maggie has ever fantasized about.

When trouble catches up to her in a parking garage after a DownCrash show, and Tatum shows up out of nowhere to protect her. For the first time in years, she is intimidated by a man's kindness and sexiness, and not by his temper and jealousy. As real feelings begin to grow Maggie is faced with her past and wonders if she'll ever be able to escape the promises she once made to keep the promises she wants to make right now. 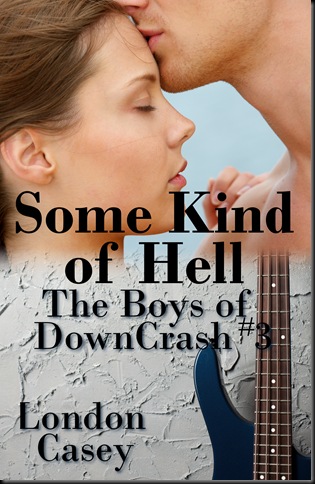 ***The final book in The Boys of DownCrash trilogy!***

Some Kind of Hell (The Boys of DownCrash #3)

In the trilogy finale, shy DownCrash bassist, Logan, has his sexy eyes on Maggie's best friend, Annie. But Annie is still reeling from the way her relationship ended. She's hurt, angry, jealous, and the last thing she wants is some wannabe rockstar looking for his next hookup... although it may just be what she needs.

Logan wants more for his life. The past is living in his apartment, which forces him to spend nights in his car to avoid reliving the nightmare over and over again.

When Annie's guard comes down, tragedy strikes and their lives will be changed forever. Determined to win Annie over and help DownCrash get signed to a record deal, Logan has his work cut out for him. His gorgeous body and no-bullshit personality may just be the key to both...

Were can you find London?