Character Interview with Rachel from Operation Earth by Maria Hammarblad

Today we have Rachel from Operation Earth by Maria Hammarblad to answer a few questions. I would like to thank Rachel for taking the time and stopping by for the interview. So let’s get to know her and her world.

Hey, I’m Rachael. So nice of you to have me here! My best quality? I think I’m generally pleasant. (Fluffs hair) Worst? I don’t have any. No, just kidding… Turns out I can be a bit of a fraidy cat. I don’t like heights, weapons, arguments… I’m comfortable with peace and quiet and at least somewhat well known situations. Hasn’t been much of that around lately…

I don’t want to fight, not with anyone. Everyone seems to want me to take sides and engage in one cause or the other, and I just want them to leave me alone. Seriously, If I wanted to go to war I’d get a gun and join a gang! That way I’d get to sport bright colors as well.

It’s a pretty big secret. Just after the planet was invaded I made friends with one of the aliens. That’s a definite no-no in the eyes of society. He’s just so… nice. And tall.

The end of all life on Earth.

It would be nice if the world could go back to the way it was before the aliens arrived, but I don’t think that’s going to happen. Something good might come out of all this too, and I don’t want to wish that away. I do wish they’d let us have chocolate. It might sound like shallow wish, but I miss chocolate!

Fantastic, of course. I mean, I might mosey around the house in an old T-shirt, but I’m pretty well dressed when I go out. I used to go shopping and not even unpack the clothes because my closet was so full. I just wanted them. Good thing too – if the aliens got to decide what we’d wear it would be something practical and drab along the lines of an old potato sack.

Before the invasion I would have said not at all. I strived to fit in and be like everyone else. Lately I’ve found myself taking a stand for what I want and feel is right. I’m learning to be more individualistic.

Living in peace and quiet without having to worry about someone dropping a bomb on your head, shooting you, or breaking in to torture you cat. Okay, none of these things have actually happened, but they could happen, and not having to fear it would be bliss!

Unsettled. Too much have happened in too short a time. I can’t wait for life to stabilize.

Cat. Cat’s aren’t really possessions, they’re individuals, but I don’t know what I’d do without her.

I’m pretty stubborn. And tall for an Earth woman. Compared to the aliens I’m tiny, but imagine how small I’d look if I’d been short to start with!

Animal cruelty. They don’t have a voice of their own and they can’t defend themselves. I might look feeble and innocent, but touch my cat and I’ll have your head!

Ryan. My neighbor, that is. I didn’t use to dislike him, but he’s been a real weirdo lately.

I should have spent more time with my computer while electronics still worked. See, the invaders used an EMP to incapacitate our defenses, and everything electronic stopped working. Stereo, TV, computer, phone… I wish I’d had the opportunity to say goodbye to all my online friends.

Not being a b… Oh, was that out loud? Being reliable, nice, and a good friend.

Robin Hood. Definitely Robin Hood. I would have loved to be maid Marian!

June. She’s scary, but she doesn’t seem to be afraid of anything, and she has so much power. I wish I could be a little more like her.

I’d love to be braver. After all these changes just leaving my house is a challenge. I’ll probably get used to everything, but there will be new changes I’m sure, and if I were braver I’d be able to handle them better.

I never really had one, but if I were to make one up it’d be “Hide behind the alien” Hahaha! 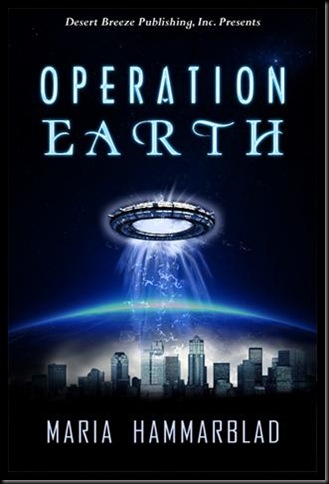 Seven billion people on Earth go about their daily lives, and no one is prepared when a global EMP slows the world to a crawl. With all our technology incapacitated, everything changes. Within days alien soldiers line the streets, and life will never be the same. Rachael struggles to adapt to the new order, doing her best to keep herself and her cat alive.

On a ship far above the planet surface, Peter just got his new Earth name, and can’t even remember his identity from the last world he visited. It’s another day on the job, one more world on a never-ending list. That is, until Rachael bumps into him, dropping exotic objects all around his feet. His culture taught him females should be obeyed and protected, but he never had an urge to leave himself at a woman’s mercy until now.

Rachael’s neighbor Ryan hounds her to join a brewing resistance movement and make a stand against the newcomers. She still befriends Peter, enthralled by his enigmatic personality and hypnotic golden eyes. Would falling in love with an alien be treason against humanity? When the rebellion gains momentum and open conflict with the newcomers is a fact, Rachael’s personal insurrection might be her doom, or bring salvation to us all. 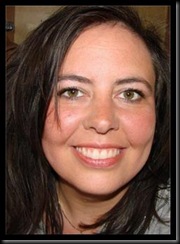 Born in Sweden in the early 1970's, Maria showed a large interest for books at an early age. Even before she was able to read or write, she made her mom staple papers together into booklets she filled with drawings of suns and planets. She proudly declared them, "The Sun Book." They were all about the sun. She also claimed, to her mother's horror, that her being on Earth was a big mistake and that her alien family would come and bring her home at any moment. This never happened, but both the interest in space and the passion for bookmaking stayed with her.

As an adult Maria's creativity got an outlet through playing bass in a number of rock bands, and through writing technical manuals and making web pages for various companies and organizations. She did write drafts for a few novels, but the storytelling muse was mostly satisfied through role playing online on Myspace. It was here, while writing stories together with people from around the globe, she stumbled onto Mike. They started talking out of character, and she moved over to Florida to him late 2008. Today the two are married and live in the Tampa Bay area with three rescue dogs.

Borealis XII, to be released by Desert Breeze Publishing November 2013

Quotes: "Full Speed Ahead" and "Caffeine is good for you"

Find Maria on the web

Email ThisBlogThis!Share to TwitterShare to FacebookShare to Pinterest
Labels: Interview