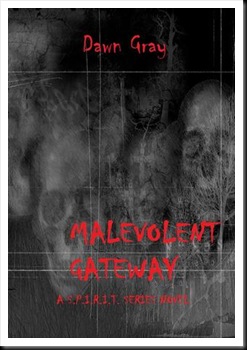 There is something wrong with the marsh of Burke Flats. Accidents happen here, people are dragged into the marsh never to be seen again. William Stiles and his SPIRIT team is send in to investigate this strange phenomenal. As paranormal investigators it’s their job to find the problem and get rid off it. But William is having trouble trying to figure out why so many lives have been claimed by the marsh.

That is until he meets Anna Neuville and her friend Blake Trenton. William discovers that he shares a rare gift with the two and soon the team is upon the hunt for something very evil, something malevolent. They stumble on a secret as old as the town, and when the origin of this secret is reveal, William and Anna has to deal with the sins of this town.

Wow, wow and double wow. SPIRIT one was an absolute nerve wrecking ride, but SPIRIT two is even worse. You’re nerves are flying all over the place and you are really scared to turn the page and see what the hell happens next. Brilliant plot that will keep you clued to the pages and finish this mystery with the SPIRIT team.

I loved the chemistry between William and Anna and found myself smiling as their relationship grew into hot passion. Anna courage grabbed my heart and I enjoyed seeing her take on the evil of this town. William’s was pretty funny at first. As Anna reveals to him another world, he is scared and uncertain. But as the story progress he rip’s out the soldier demeanor and start kicking butt. Blake was an absolute treat and I found myself laughing a few times. Zander from SPIRIT one also shows up to help out, and I found myself missing the characters of the first book. As always he was the one keeping cool and helped kick butt. Of course with two leaders, Zander and William at first doesn’t see eyes to eye but soon teams up for one hell of an adventure.

I would highly suggest to all to start reading this series. I hope that the next edition is going to be even more epic. Well done to the author and a well deserve five stars.

Quote from the book: “Feel anything?” Will questioned. “Claustrophobic.” Blake replied in perfect honesty, “And I have a sudden onset of nyctophobia,” Will looked up to him questioningly, “Fear of the dark.”.”

The Green Mountains of Vermont is a wonderland of picturesque valleys and hills, a landscape of fields and small towns that are hidden treasures. However, they can also hide many secrets.
Burke Flats, located in the upper right hand corner of the state, the Northeast Kingdom, has many skeletons in its closet.
Lieutenant Will Stiles and his group of men, the S.P.I.R.I.T. team, are called in to investigate the strange happenings around the marshlands of Burke Flats. For generations the marshes have been a place of ghostly lore, disappearances, and strange deaths.
Anna and Blake call the Flats home, but when the deaths begin to pick up in numbers they are more than happy to have the help of the military’s new elite. Will having the S.P.I.R.I.T. team so close open up a world of evil that they aren’t prepared for? Can a member of a different unit help spread some light on the subject? Join Anna, Blake, Will, and his team in a fight against a stronger malevolent presence than anyone ever expected. 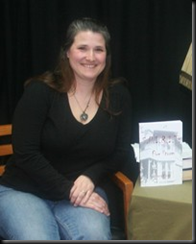 Being raised in both the Northeast corner of Vermont and one of the larger cities in Massachusetts has given Dawn, a divorced mother of three, the unique ability to mix the spookiness of a small town ghost story with the fast pace action of city life.
Island Pond, Vermont was every child's wonderland, with looming mountains and small towns nestled in the valleys, its simple lifestyle gave Ms. Gray the ability to let her imagination run wild, thus creating her unique style of writing, where the stories speak for themselves.

Big city living, in her teenage years to the present allowed her to harvest that energy and creativeness to bring to life some of the most unique characters, such as Michael Raven and Julian Deveraux.

Although Vampires are her most used basis for characters and settings, Ms. Gray's novels also venture into those of other supernatural realms, with ghosts, witchcraft and werewolves coming into play in several of her upcoming manuscripts.

Look for future novels, the next five of the Vampire Legacy, and an upcoming film on Raven to put this determined mom into the spotlight.