Guest Author Lance Erlick shares his most memorable summer time with us. 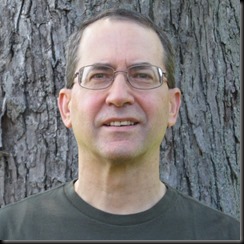 My most memorable vacation was one summer while I was in college. I had planned to spend two months in Europe with a good friend. At the last minute, he backed out. I decided to go alone.

With a Eurail pass and limited funds, I backpacked around Europe, sometimes sleeping under the stars. Other times, I took the train at night to a city some distance away so I could sleep between cities, and maybe return the next night because I hadn’t finished visiting the place I’d left. Every two or three days, I would find a cheap hotel, hostel or someplace to shower and clean up before continuing on. One time, I delivered a car for an agency from Copenhagen to Bergen with a couple guys I met at a hostel. That provided free transportation and a chance to see the Norwegian countryside.

I met some amazing people on the trains, in the hostels, and at the campsites. One night while camping in the open, it started raining, hard. A guy I met on the train offered to share his tent with me so I didn’t have to sleep in the mud. A lot of the people I met, I probably would not have chanced upon if my friend had come along. It would have been an entirely different experience.

I had a great time visiting Rome, Athens, London, Paris, Vienna and many other cities and towns across Europe. I got to see the sights, taste a wide variety of foods, and use the languages I had learned to get around. The best part was meeting so many interesting people from all over and sharing stories with them.

Lance Erlick grew up in various parts of the United States and Europe. He took to stories as his anchor and was inspired by his father’s engineering work on cutting-edge aerospace projects to look to the future. He writes speculative fiction, science fiction, dystopian and young adult and likes to explore the future implications of social and technological trends.