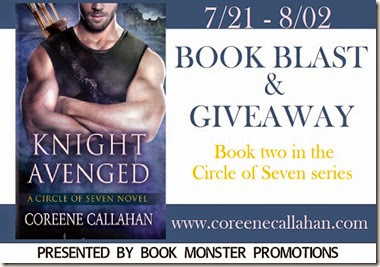 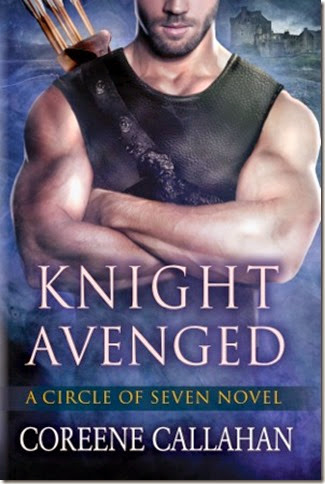 KNIGHT AVENGED
Circe of Seven, #2
Released July 15
Alone in a world on the brink of war…two unlikely allies will discover a love greater than time.
Exiled from her home, powerful oracle Cosmina Cordei holds the key to uniting those protecting mankind from evil. But just as she makes her way into the holy city to perform an ancient rite, the enemy closes in for the kill.
Drawn by a destiny he won’t accept…elite assassin, Henrik Lazar, detests the mystical curse handed down by his mother. But when the sorcery in his blood is activated and past pain comes back to haunt him, his new abilities come into play and he must learn to control them.
Rescued by Henrik in the heat of battle, Cosmina must decide whether to trust the assassin who loathes the goddess she serves or face certain death on her own. Forced into an untenable position, Henrik is left with a terrible choice—protect the magical Order he despises, or deny destiny and lose the woman he loves forever.
Amazon: http://www.amazon.com/Knight-Avenged-Circle-Seven-2-ebook/dp/B008H5VWVG/ref=sr_1_1?ie=UTF8&qid=1398342253&sr=8-1&keywords=knight+avenged
So pick up your copy today. And if you haven’t had a chance, grab the first book in the series, Knight Awakened, too and settle in for a wild, magic-filled ride.
BOOK TRAILER: http://youtu.be/o_KdxrTIIlU 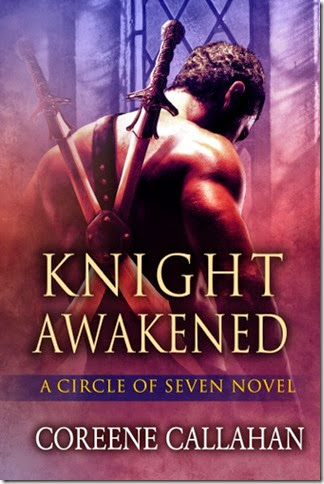 Circe of Seven, #1
In AD 1331, warlord Vladimir Barbu seizes control of Transylvania. But in spite of his bloody triumph, his claim to the throne remains out of reach. The king of Hungary opposes his rule, the Transylvanian people despise his brutal ways, and the high priestess needed to crown him has vanished without a trace. But Barbu hasn’t come this far only to be thwarted by a woman. He unleashes his best hunters to track her down and bring her to him — dead or alive. For Xavian Ramir, killing is the only life he has ever known. Torn from his family when he was a child, he was trained from an early age to be an elite assassin. But now he longs for something more, vowing to start anew after one last job. The bounty on his target’s head is enough to set him up for good — if he can resist the long-dead conscience that stirs to life when he meets his beautiful mark. Afina Lazar never wanted to become high priestess, but the brutal murders of her beloved mother and sister leave her no choice. Now she is running for her life, desperate to protect the magical amulet entrusted to her care. But when Barbu’s assassin comes for her, she realizes her only chance of stopping the warlord’s rise to power is to convince this enigmatic — and handsome — hunter that she is more valuable alive than dead. Dramatic and fast-paced, Knight Awakened is a stirring love story between two people searching for a second chance in a magical world of assassins, warlords, unearthly beasts, and nonstop adventure.
Amazon: http://www.amazon.com/Knight-Awakened-Circle-Coreene-Callahan/dp/1455885908/ref=la_B006NAHH48_1_4?ie=UTF8&qid=1349251261&sr=1-4 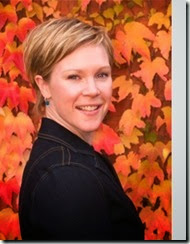 As the only girl on all guys hockey teams from age six through her college years, Coreene Callahan knows a thing or two about tough guys and loves to write about them. Call it kismet. Call it payback after years of locker room talk and ice rink antics, but whatever you call it, the action better be heart stopping, the magic electric, and the story wicked, good fun.
After graduating with honors in psychology and working as an interior designer, she finally succumbed to her overactive imagination and returned to her first love: writing. And when she’s not writing, she’s dreaming of magical worlds full of dragon-shifters, elite assassins, and romance that’s too hot to handle. Callahan currently lives in Canada with her family and writing buddy, a fun-loving golden retriever.