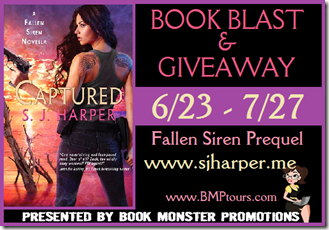 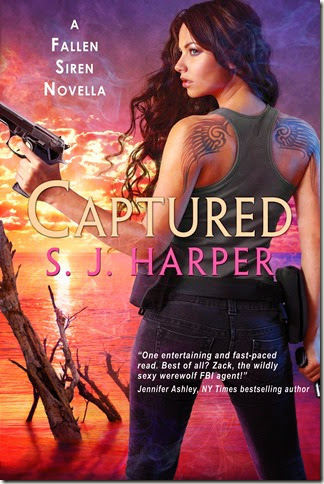 She’s a Siren. He’s a Werewolf.

Their mission is redemption.

Emma Monroe is a Fallen Siren, cursed by the gods and banished to Earth for her failure to prevent the kidnapping of Persephone. She’s had many names and many lives, but only one mission: redemption. Now she works for the FBI and is on temporary assignment in Charleston. Solving this next missing persons case could be the key to ending her ancient curse—unless the temptation that’s her new partner gets in the way.

Zack Armstrong is a Werewolf. Tall, dark, and dangerous, he currently works for one of the bureau’s elite Child Abduction Rapid Deployment teams. In many respects the man is every bit as mysterious as his secret and perilous past. But there are two things he’s certain about, that he’s going to get his man and his woman.

When Zack finds himself suddenly shy a partner and a third child goes missing in Charleston, Emma goes from consultant to CARD team member in the space of a few hours. The abductions of the first two boys ended in murder, an outcome that neither Zack nor Emma can abide. As they race against time to track down the kidnapper and rescue the latest victim, they find themselves fighting something just as treacherous—a growing attraction that can’t be ignored or denied.

I should run while I have the chance.

I know it with a certainty that shakes me to the core of my very being. Just like I know how impossible running away would be, how unforgivable. A child is missing. A life is at stake. A life that’s mine to save. Then my eyes connect with his. I take a slow, steady breath, reach for the handle of my roller bag, and walk toward him.

Agent Zack Armstrong isn’t exactly what I expected. He’s taller, darker, and if my instincts are correct, three nights every month he’s a whole lot furrier.

“Agent Monroe, it’s nice to finally meet you in person.” He offers me his right hand, reaches for my bag with his left. “You travel light.”

His voice is low and lilting, the Southern cadence as compelling in person at it was over the phone.

“I’m hoping to wrap this up quickly,” I tell him.

The handshake is professional. Warm. Firm. No-nonsense. The cut and quality of his tailored black suit, the crispness of his shirt, and his choice of tie—a bold gold that brings out the exotic ring around dark brown irises—are all more James Bond than Seeley Booth. Even the hair sets him apart. Thick and dark, it’s slightly longer than regulation and swept straight back, accentuating the lines of a strong jaw.

“Car’s out front.” He gestures to the wall of doors leading outside. “You’re already checked in at the hotel.”

“I’ve been comfortable there. They put you next door to me. Hungry?”

“Starving,” I admit. “We were late getting into O’Hare. I barely made my connection. Didn’t have time to grab anything for lunch and the peanuts wore off long ago.”

“Good. We’ll grab a bite while I fill you in on our progress.”

The instant I step outside I’m hit with a wall of oppressive air. Although it’s past nine and March, it’s hot and humid enough to make my hair curl. A strand escapes from the bun at the nape of my neck. Without breaking stride I tuck it behind my ear and remove my blazer. Like all of my suits, the one I’m wearing is conservative and black. I unbutton the cuffs of my dove-gray blouse and roll them up.

“Is it normally this humid in March? ”

With a push of a button on the key fob, Zack unlocks the standard issue Chevy Suburban waiting for us at the curb. “What’s normal anymore?” He opens the passenger door. The gallant gesture reminds me that we’re in Charleston—home of the Southern gentleman. I slide in and suppress a smile. “Freak tropical storms in the winter? Temperatures in the 70s and 80s in the spring?”

My carry-on is quickly stowed in the back. I pull down the visor and flip open the vanity mirror. Not to check my makeup. I don’t wear any—no mascara, no lipstick, no makeup. Period. I do it to track Zack’s progress as he walks behind the car. Admiring him openly is a luxury I’d never allow myself. But as I sit here, alone, I take a moment to study the man whose voice for the past month has starred in my fantasies. Dangerous, I know, especially now that I’m here instead of thousands of miles away. But I just can’t help myself. A Siren is a Siren. A sexual creature, born of Gaia. I’m one of three, cursed by Demeter thousands of years ago for failing to protect Persephone. For failing to rescue her before she was dragged by Hades to the Underworld. It’s for this I atone. For this I pay. It’s the reason I couldn’t run. The reason I need to see this through. The reason I must find Cooper Anderson.

Zack climbs into the driver’s seat and fires up the engine. I push the visor back up, take a deep breath, and silently repeat the words I always do at the start of a new case. Redemption could be one rescue away. 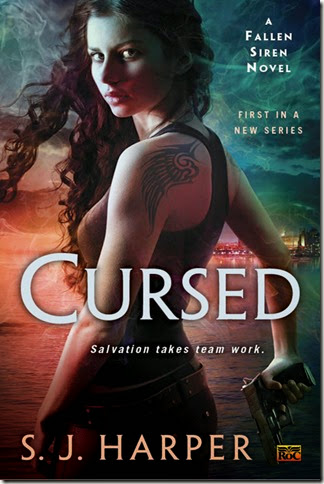 Together, they make one hell of a team.

Emma Monroe is a Siren, cursed by the gods and bound to earth to atone for an ancient failure. She’s had many names and many lives, but only one mission: redemption. Now that she works missing persons cases for the FBI, it could be just a rescue away. Unless her new partner leads her astray.

Special Agent Zack Armstrong just transferred into the San Diego Field Office. He’s a werewolf, doing his best to beat back the demons from his dark and dangerous past. As a former Black Ops sniper, he’s taken enough lives. Now he’s doing penance by saving them.

Emma and Zack’s very first case draws them deep into the realm of the paranormal, and forces them to use their own supernatural abilities. But that leaves each of them vulnerable, and there are lines partners should not cross. As secrets are revealed and more women go missing, one thing becomes clear: as they race to save the victims, Emma and Zack risk losing themselves. 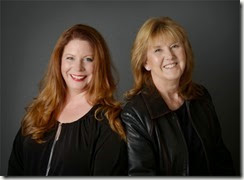 S. J. Harper is the pen name for the writing team of Samantha Sommersby and Jeanne C. Stein, two friends who met at Comic- Con in San Diego and quickly bonded over a mutual love of good wine, edgy urban fantasy, and everything Joss Whedon.

Samantha Sommersby left what she used to call her “real- life” day job in the psychiatric !eld to pursue writing full- time in 2007. She is the author of more than ten novels and novellas including the critically acclaimed Forbidden series. She currently lives with her husband and terrier pup, Olive, in a century- old Southern California Craftsman. Sam happily spends her days immersed in a world where vampires, werewolves, and demons are real, myths, and legends are revered, magic is possible, and love still conquers all.

Jeanne Stein is the national bestselling author of The Anna Strong Vampire Chronicles. She also has numerous short story credits, including most recently the novella Blood Debt from the New York Times bestselling anthology Hexed. Her series has been picked up in three foreign countries and her short stories published in collections here in the U.S. and the U.K. She lives in Denver, Colorado, where she !nds gardening a challenge more daunting than navigating the world of mythical creatures.