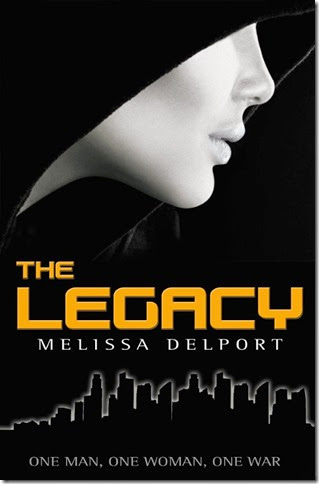 SERIES: Book 1 of The Legacy Trilogy

MARKET: Adults (with crossover to the 16+ reader)

One man obsessed with power.

One woman prepared to sacrifice everything to stop him.

One war that changed the world.

“World War Three lasted twelve days. Twelve days was all it took for mankind to devastate the planet and almost eradicate the human race. No victor emerged from the ashes and billions lost their lives.

We survivors lived through the bleakest of winters. A primal existence became the new order, and the little that remained of our humanity hung in the balance.

Then one man stood up and changed the world. I believed, as did everyone else, that he was the hero of our time, the man who had saved us from our own demise. His name is Eric Dane and he is the President of the New United States of America.

He is also my husband, and my greatest enemy.

I grew up oblivious to the truth, until my father found me when I was nineteen years old. He told me about the many horrifying facts that our new leader kept hidden from us. And he told me that beyond the borders the Resistance grew and fought for freedom from the oppression that Eric Dane had imposed on us.

My name is Rebecca Davis. I am twenty-six years old, and in me the Resistance has found the ultimate weapon.”

A narrative of good and evil, love and passion, right and wrong – and at the centre of the story a strong woman who is prepared to sacrifice everything for the cause she believes in.

The Legacy is an action-packed, adrenalin-inducing thrill ride which will leave you riveted long after you have turned the last page.

I wanted to be a forensic psychologist. I majored in Psychology and English and after a year post-grad of each, English won out. I went on to open a Logistics company, the lure of business too strong to ignore, but ultimately I came back to my passion of writing.

When I saw my first book in print – when I could feel it and hold it…and smell it!

I recently sold my logistics business to write full-time. The business was a specialized transport company.

The Legend, the final book in The Legacy Trilogy – a fast-paced, action-packed dystopian series set in post-nuclear America.

I was fortunate enough to be signed by Tracey McDonald Publishers in December ‘13. I do also indie-publish certain novels, so I guess I follow a hybrid model of publishing: part-mainstream, part-indie. I enjoy the diversity and the challenges of both.

Six months. I am lucky enough to be quite prolific in my output.

I am on a deadline for the final book in dystopian series, The Legacy Trilogy, so that will be next. Thereafter I am planning a fantasy series that I am excited to work on. Fantasy stretches even the most vivid imagination.

Rebecca Davis from The Legacy Trilogy. She has a lot of depth of character – I have written three books about her, so she is the character I know best.

Two years, professionally. I always wanted to write, but only now in my thirties did I feel that my writing had matured enough to be taken seriously. I wrote the odd book in my teens and early twenties that will thankfully never see the light of day.

I ramble around my house and wherever I find a seat, I type.

Yes! I shouldn’t, but you just can’t help it. I do find that I am less obsessive now, so I only check every few weeks. Usually I like what I read, so it doesn’t bother me that much.

The story and the title come together and then I sit down and write. I did the same with my 3 children – they were named in-utero ;)

My main characters names are researched. I try and match the meaning of the name with the character. For secondary characters, I often use the names of friends and family. Place names vary, but I use legitimate places wherever I can, unless of course the setting is manufactured.

All of my books have a very strong, confident female lead. I guess the moral is that you don’t need a man to save you J

I don’t mind, it’s the story I’m interested in, not the format. Being such a voracious reader, my kindle is easier on the pocket and a space-saver!

Harry Potter and The Twilight Saga – I can read them over and over. HP because the story is so astounding I always find something new, and TS because of Edward Cullen *swoon*

I recently watch the Vampire Academy movie and I was disappointed because I am a huge fan of Richelle Mead. I thought the movie was a bit superficial. I did love the Hunger Games and Mortal Instruments adaptations though.

Sunday roast, with loads of gravy.

I am a music fundi! I have so many cds and I listen to anything from Abba to the Smashing Pumpkins.

I honestly couldn’t tell you – we would be here all day. I am an avid reader and I devour fiction. 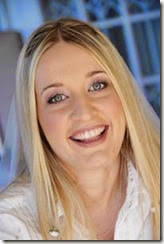 Wife and mother of 3, Melissa Delport is the author of The Legacy Trilogy and the stand-alone self-published e.books Rainfall and The Traveler.

At the age of twenty-four Melissa started a logistics company (Transmax) from the spare room of her flat and built it up to two fully operational depots in Durban and Johannesburg. Now, 10 years later, she has sold her business in order to write full time.

Melissa lives with her husband and three children in Hillcrest, KwaZulu-Natal, South Africa.

The Legacy (book 1 of The Legacy Trilogy) and The Legion (book 2) are available now and the final book, The Legend, will be released early 2015.

An avid reader herself, Melissa finally decided to stop ‘watching from the sidelines’ and to do what is her passion.

“I was driving home from work when inspiration struck, and a storyline started unravelling in my head. For a few days it was all I could think about and eventually I realised that the only way to get it out of my head, was to put it all down on paper. I started writing, and that was that.”