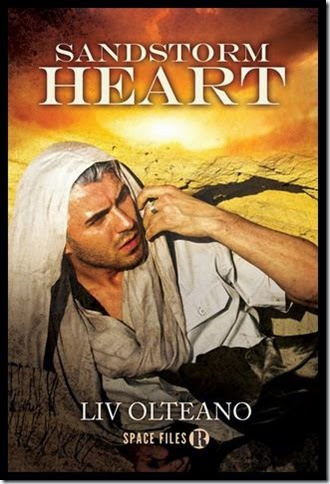 Ron Vid is a Celian soldier with some personal demons.

Hoping for respite, he deserts his squad and leaves his planet. Working as a mercenary on Asai, planet of sand and wind, he has a reprieve, until the Haffa named Zaoh joins the mercenaries. Celians and Haffas have a history of strife, but when Ron and Zaoh are paired on a mission, their chemistry crackles.

After they fight together for survival, it’s clear Zaoh wants Ron. Zaoh can be a fierce and dominant lover, but Ron’s secrets, and his fear that the Haffa might uncover them, could keep Zaoh from getting his man.

Add it to Your Goodreads Shelf

Sitting there with the rest of his top picks wasn’t my idea of a good dinner. And yet there we were in all our glory. No way could I eat. Food refused to pass beyond my lips. Burning purple eyes had my ears buzzing. I felt him watching me across the table. Zaoh’s presence overwhelmed me even without looking at him.

The azure devil in front of me grinned and licked his lips. “Don’t like your dinner, gorgeous?”

Long fingers aimed a fork at me, his motions eerily graceful. “Fine? I don’t give my champions ‘fine.’ I give you stupendous. Maybe it’s the company you don’t like?”

I choked on water, sputtering like a fool. “You trying to kill me, Blue?”

He chuckled, mismatched eyes turning warm at the nickname.

Beside me, the famous space thief and troublemaker extraordinaire, Camelia D, snorted. That was, by large, her basic response to life. “Something’s ruining your mojo, admit it,” she muttered.

“Like the food, fine?” she asked, batting long eyelashes.

Oh, they were such a riot. They begged to be put out of their misery. I contemplated the thought for a couple of moments, but taking out my fellow mercs wasn’t much of a smart move. Ami’s protection made our band of misfits into an operating unit. Without his connections, I suspected all of us would likely meet swift and unsavory repercussions. Our previous lives weren’t exactly badge-of-honor material. I didn’t have to like him, though, not right then. Ever the perceptive empathic bastard, he blew me a kiss. I tossed a bread roll at him.

Smacking it away with ease, he put on the serious face. “I’ve got a mission, kids. Bet that’ll cheer you up, Ron. Won’t it?”

It most certainly did. I spread my lips into a smile, my mood getting better as quick as a lightning bolt. A mission was exactly what I needed, a break from Asai and its turbulent sandstorms. A breather from the mojo-breaking elements on it. It had to be a one-gun mission, though. Being stuck with Camy in the tight space of a ship was a mixed blessing. I refused to contemplate the merry band getting any bigger. Going out with Zaoh wasn’t even an option—I’d made that perfectly clear to Blue the moment the Haffa came in. So far, my opinion had been taken into consideration, thank the stars.

Ami pushed his plate away and took a few sips of wine. He gave each one of us a cursory look and smiled. “Major cargo escort. Don’t get excited, Camy, it needs finesse. No explosives or any of that shit. I’ve had it with your dramatic exits. For a renowned thief, you sure do make a blasting mess of a merc.”

Her lips pursed. “Kiss my ass, pretty boy. Those fucktards shot at me. What was I going to do, smile my way out of there? Maybe let them ruin my ship, like someone here did? Either I blew them up or they’d blow my ass into stardust.”

“Lovely visual, baby. But you’re grounded. Too big a mess and too recent to go out yet. I’m still talking those idiots down from you blowing their mother ship to smithereens. Though in your defense, anyone stupid enough to get their main blown by one unruly merc deserves what’s coming to them.”

Camy’s fiery green eyes squinted and she threw a hand-wipe at him. “Unruly my ass.”

He grinned. “Especially that. We’ll get to the bottom of it together, though, no fear. Besides, if you’re so full of pent-up energy, we both know I can always use a boost. You’re grounded. The boys get to go out and play.”

I did my best to show no disappointment. Escorting cargo was as much of a mission as washing my mouth. But it meant I could be away for a while and that was good news. I had to take it. “I’ll go, Blue.”

He inspected me for a moment then nodded. “Fine, gorgeous. All yours.”

“Great. What am I escorting and where?”

“Private commission. What I do know is you have to get it through Zax zone.”

Zax zone sounded promising. Those bastards didn’t know how to do anything but fight. Maybe I’d get some collateral action, the real kind. Truth be told, I was itching for some real excitement. We all were, most likely. Ami bitched about it to high heavens, but then again, he had been the one to handpick each of us as his guns.

I nodded, fingers rapping against the table. “When am I leaving?”

“As soon as you’re ready. You’re meeting your contact on Kalvaria. And be sure to keep your trigger-happy finger in check. I don’t have a current accord with that station. If you get caught, you’re on your own.”

The rap of my fingers turned louder. “I’m not a kid, Blue.”

“Of course not, gorgeous. But I’m not gonna lose any of my top guns just because you’re bored when nothing blows up.”

I grinned. “Well, if blowing is what’s on your mind—”

He smacked my hand.

Ridiculous. I wasn’t trigger-happy or explosions-addicted—that was Camy’s field. Probably going in all smooth to steal stuff frustrated her raging-bitch side. Now that she could blow up things, she went to town with it every chance she could possibly summon. I wasn’t that dramatic. Well, there had been that one incident…. Completely unintentional. It wasn’t my fault the bastards felt compelled to shoot me down. I was just trying to escape with their cargo. I took a pod to escape. It had been a close call—an even closer call when Ami found out his favorite ship got blasted into oblivion. I thought he’d chew my ass out that time, but he got over it by the time I pushed him down on his bed. Blue was forgiving like that. It made working for him especially fun for a while there. Besides, regardless of who went out, it was mission complete and really good profits for him. He just loved to nag and bitch.

I was bored. That was why I’d asked to go. When the body wasn’t busy, the mind took revenge. We were creatures of action, Zaoh and I. Kator had been at war for centuries. Fighting was the only thing we really knew. Both Celians and Haffas, though different in oh-so-many ways, were the same in one regard—we were brought up with the fight in our hearts, thrumming through our veins. No home-base pets, not really. And while the Celian part was more civilized, Haffas were truly wild creatures—impossibly strong and brutally determined. I’d seen a Haffa of Zaoh’s size take down up to five of our Celian soldiers with ease. I’d seen Zaoh himself take down close to a dozen. He hadn’t been public enemy number one on our side of Kator for nothing.

When I didn’t have a mission, I missed being part of the troops back home. But every time I got close to Kator, those damned images blasted through my mind… probably a good thing I was declared a deserter, to be executed on the spot if caught within Celian territory limits. Pathetically, the only flavor of home was Zaoh—part of the reason I’d left it to begin with. But he didn’t know that. And it was in my best interest to keep things that way.

Besides, I wasn’t a soldier anymore. I was a merc now, part of Ami’s top guns. The Amaari was legend even on Kator. His negotiator abilities were second to none. If you wanted something, you got him to get it for you. Ahlen Zari was the second-best choice; the bastard had no finesse, though. Ami was a smooth operator. His guns were always drawn but never blazing. And now I was part of that arsenal, just like the Haffa, because of whom I’d given up my previous life. Just like the vivacious Camy D, a tall and lean creature who came with one of our new ships. As in, she dashed out of it in the hangar and tried to off us all. And loot the place. Ami was so touched, he took her in on the spot. She was a magnificent thief, capable of stealing the sugar from your cup of tea if you didn’t keep a close enough watch. Sadly, she turned out to love blowing things up too. Ami’s reputation as smooth operator was slowly dwindling away. We were turning from smooth operators into guns blazing, but still top dogs. That was what really mattered after all—being top dogs.

Character Bio: Celian Ex-Commander now turned mercenary for one of the smoothest operators around.

My greatest flaw is that I can’t get over things that happened some time ago. But I can go with the flow and be very anchored in the here and now.

I’m a terrible cook, but my worst is much better than Zaoh’s best.

Inexistent. We do military-type overalls or buff, pretty much.

Leaving my old life and starting a new one with Ami’s mercenaries.

A star from my Commander uniform, it’s the only thing I kept from my old life as a soldier.

Getting in Zaoh’s face and living to tell the tale.

Talking things out. It sucks.

Can’t say I feel that strongly about anyone right now. I used to, but she’s dead.

That I didn’t kill her myself.

We don’t really read much… we play with guns though.

It’s a tie between Camy and Zaoh. I’m nuts over Zaoh’s strength, but Camy’s thievery is an art.

I would erase the memory of my best friend’s death. 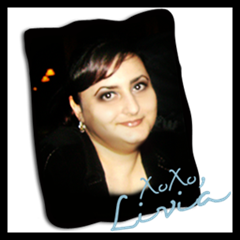 She believes stories are the best kind of magic there is. And life would be horrible without magic. Her hobbies include losing herself in the minds and souls of characters, giving up countless nights of sleep to get to know said characters, and trying to introduce them to the world. Sometimes they appreciate her efforts. The process would probably go quicker if they’d bring her a cup of coffee now and then when stopping by. Characters—what can you do, right?

Liv has a penchant for quirky stories and is a reverent lover of diversity. She can be found loitering around the Internet at odd hours and being generally awkward and goofy at all times.