Series Blast: After the Silence Series by Jacqueline Paige 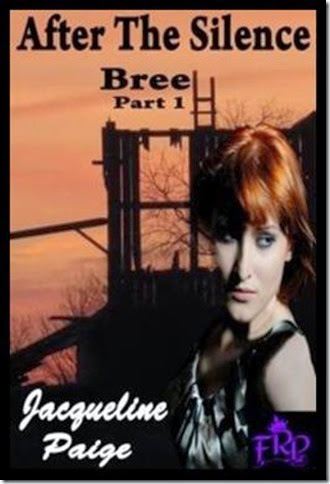 After the Silence – Bree

Tagline: One woman’s journey through the chaotic new world.

Those left standing make the paths for the future generations.

When the Mother Nature decides she’s had enough and begins to fight back, survival takes on a whole new meaning. If the earth is the enemy – there are no rules and all you can do is try to survive the odds.

Those the planet allowed to live still have to survive the trials of the virus. If you manage to come out of it alive you are left with some form of mutation that could give you an ability that could be harmless or lethal.

Bree Taylor is the last survivor of her family. With no other choice she sets off on her own to escape the clutches of the new government’s army—that does not place safety and security in their code of behavior only the highest bidder get their protection and loyalty.

Living in a world of unstable climate changes becomes a journey she won’t soon forget. She has to be prepared for anything at all times out in the new country and has to be wary of every person she meets. All while staying out of the path of the new army.

This is a 4 part serial story releasing from June - September.

The entire volume will be released in January 2015 as one book.

The snapping and crunching of branches told me something was moving through the trees. Turning the flash light off, I hunched down to be as small and invisible as possible. I listened in the darkness for anything that would let me know where the noise had come from and what had made it. Voices were carried to me in the dark, a man and a woman. I moved slowly back towards my things and sat with my back against the tree straining to see in the dark.

Time stopped as I waited to see if the voices kept moving or came closer. I wasn’t sure what I’d do if they did come closer. I touched the handle of the knife inside my coat, hoping this wasn’t when I find out if I could use it. Leaves rustled from behind me. I held my breath and pushed back against the tree, waiting. When I heard a low growl coming from around the tree I think even my heart even paused.

I had strangers coming closer on one side of me and an animal voicing a warning behind me. Tremor shook his head and pranced a few times and the growling got louder. I sat there trying to gauge what was the most important and decided there was no way I was going to let something happen to my horse. Sliding up the tree as quietly as I could, while focusing on the voices, I tried to recall every skill instilled in me, drawing more blanks than anything useful.

Pulling the knife from the pocket, I prayed it was sharp enough to cut the rope I’d tied Tremor to. I guessed I had about fifteen seconds to cut it and get to the horse before whatever was growling took a bite off one of my legs or other body parts. Chewing my lip, I hoped I could still get on his back without the saddle. The plan was to ride like hell and come back later for my stuff—if we could find it again. 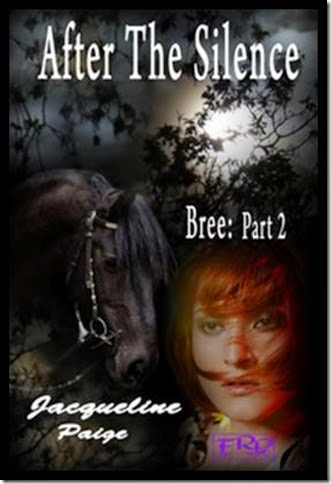 After the Silence – Bree

One woman’s journey through the chaotic new world.

Bree Taylor is the last survivor of her family. With no other choice she sets off on her own to escape the clutches of the new government’s army—that does not place safety and security in their code of behavior only the highest bidder get their protection and loyalty.

Living in a world of unstable climate changes becomes a journey she won’t soon forget. She has to be prepared for anything at all times out in the new country and has to be wary of every person she meets. All while staying out of the path of the new army.

Claws dug into me as it climbed to my neck at the same moment ice cold water swallowed me. My breath left my body so quickly it felt like my lungs were going to burst. The intense pain from the incisions the animal was making across my chest brought me the strength to kick as hard as I could towards the surface. I wasn’t the strongest swimmer by far, but I had more than enough will to live to try for both of us.

In the brief glimpses I managed to keep my head above the water, I didn’t spot the shore once. We were being sucked into the middle. Through the white choppy water that blurred my vision I was only able to catch a quick look each time before we were dragged under again. I could feel the rocks rake over my back and hoped there would be enough flesh left to survive it.

The cat was practically wrapped around my neck and holding several layers of skin and flesh captive in its young claws as we swirled around again in a deep pit of rushing water. Each time we surfaced, I gulped as much air into my lungs as I could before water filled my mouth again. The undercurrent calmed just long enough for me to find the direction of shore and with every ounce of strength I could find I kicked and paddled with my arms trying to shove us in that direction. I could make out a tree that was floating near the bank just seconds before I was inhaling water again.

Hitting the bottom I shoved as hard as I could and tried to aim to the calmer water near the shore, not even knowing if I was going in the right direction until air hit my face once more. The tree was still in sight and I somehow knew if we didn’t reach it we wouldn’t be on land after that. Releasing my hold on the animal that was anchored to me so deeply that no way was it going to jump off and float away I swam towards the tree and prayed I’d reach the limbs lying in the water before we were dragged beyond them. 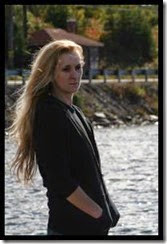