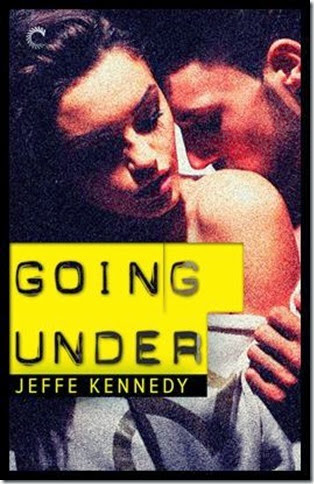 Knowing all too well the damage online trolls can inflict, game designer Emily Bartwell takes privacy seriously. Living in solitude and working remotely under a male alias gives her a sense of security. The sexy writer renting the house next door ignites desires she’d forgotten she had, and when he invites her to play games of a very different sort, Em is ready and willing. Even if it means breaking all her own rules to abide by his.

At first Fox is happy to help Em explore her newly awakened kinky side, no holds barred, no strings attached. But as they push the limits of intimacy, both physical and emotional, Fox discovers he’s not the only one keeping secrets. And revealing hers may mean betraying the one woman who embodies everything he desires.

I really wanted to be a zoo veterinarian for a long time, then I got talked into thinking about being a physician instead. I did the pre-med thing in college, then decided on being a research scientist instead and went to grad school for a PhD in neurophysiology. I only figured out I wanted to be a writer MUCH later!

A long time back – in the late 90s, I think – I received a fellowship to a writers residency at the Ucross Foundation. (http://www.ucrossfoundation.org/residency-program/) That was the first time that anyone introduced me as a writer and everyone there only knew me as a writer and I was there only to write. It was an amazing experience.

My first book was an essay collection called “Wyoming Trucks, True Love and the Weather Channel.” It didn’t take all that long, considering that I took my first writing class in ’96 and the book came out in early 2004. After that, I didn’t have another publication that wasn’t a short in a magazine until 2010 (Petals and Thorns) and my first novel (Rogue’s Pawn) was in 2012 – that felt like a very long time.

I do. I work from home for an environmental consulting firm based out of Boston. That’s the science degree coming in handy. I’m actually this very niche expert on drinking water.

Going Under! About a woman who is a designer of role-playing games who assumes a secret identity to hide from misogynistic trolls and the investigative reporter determined to unmask her.

This one is from Carina Press. I also publish with Kensington currently and have pubbed with Loose Id and Ellora’s Cave in the past. I have a couple of self-published stories, too – ones where the rights reverted to me.

It depends on the length. I can write an ~80K novel in two months. One that’s ~128K like the one I just finished, the third book in my Twelve Kingdoms trilogy, took me three months.

I have a dedicated office in my house with a hydraulic desk I can either sit at or walk on the treadmill as I work. I love to walk while drafting.

Not by any stretch. If reviewers tag me, I’ll look. Though one gal tagged me with a SCATHING review and I wasn’t sure why! L For the most part, I think reviews are for readers and not really my business. Mostly I’ll skim the “biggies” or ones where I’m tagged, so I can quote or share them.

I almost always have the title first. Sometimes my publishers want to change it, but I almost always still think of the book by the name I first gave it.

Names mean a lot to me and I usually choose by their meaning – either overt or more archaic/historical. Sometimes I use placeholders as I write, like [silent one], until I figure out what the name should be. That means I have to get to know the character better. In Book 2 of my Twelve Kingdoms series (The Tears of the Rose) I had the hero named [silent one] almost until the entire thing was drafted. It took me that long to figure out his history and story. With other characters, like Fox in Going Under, I knew his name first and found out more about him as it went along.

Definitely as I go along. I’m very much a write-for-discovery type of writer and I don’t feel like I make up characters. Instead they feel like real people who I get to know as I ride around in their heads for a while.

No. I think morals get in the way of a good story. That said, I think my values come through.

I love them all! But I like eBooks because they don’t take up shelf space.

It depends on the book and the vision of the director. The one movie that I think improved on the book is “A Room with a View.” Seeing the movie actually helped me understand the book, which is saying something, I think. Worst? Too many to choose from!

Can I pick wine?

So many! But I’ll say Pink. 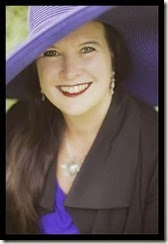 Jeffe Kennedy is an award-winning author with a writing career that spans decades. Her works include non-fiction, poetry, short fiction, and novels. She has been a Ucross Foundation Fellow, received the Wyoming Arts Council Fellowship for Poetry, and was awarded a Frank Nelson Doubleday Memorial Award. Her essays have appeared in many publications, including Redbook.

Jeffe can be found online at her website: JeffeKennedy.com, every Sunday at the popular Word Whores blog, on Facebook, and pretty much constantly on Twitter @jeffekennedy. She is represented by Foreword Literary.